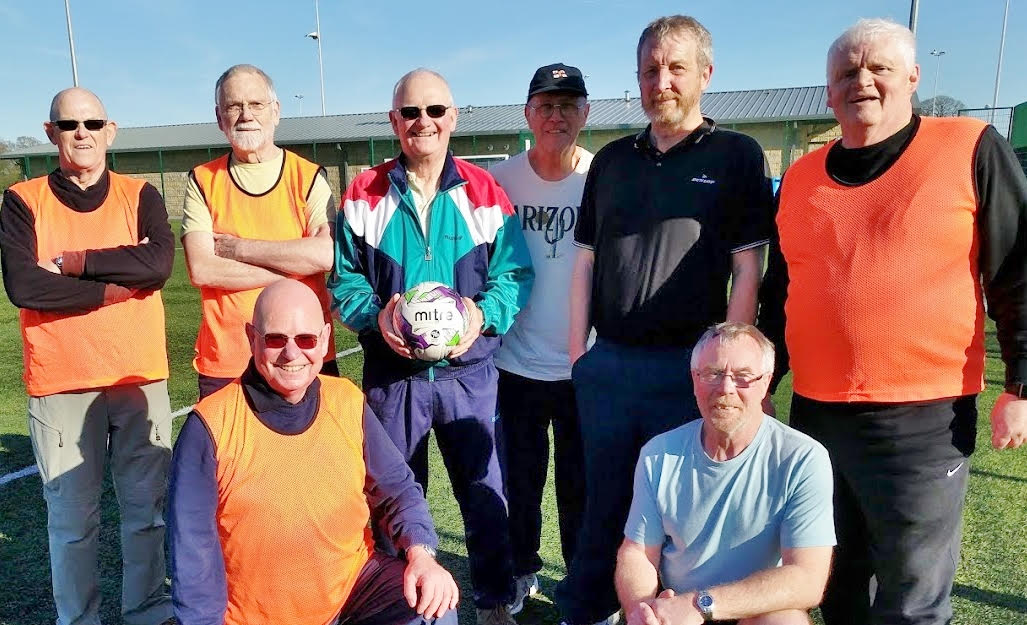 The walking football group met for the first time on Friday 24th March 2017 at the Sandbach United ground on Hind Heath Road. 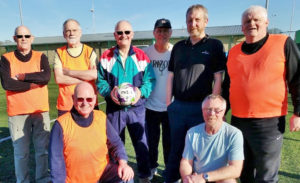 This new group is open to both female and male Sandbach U3A members.

The group will play at the Sandbach United 3G pitch at 3pm on a Friday and it is designed to be a fun fitness session.

Arnie Laing, the Walking Football Group Leader said, ‘I saw this new version of football, for those aged over fifty,  being demonstrated on television and it seemed a fun way of keeping fit.

Sandbach local referee Rick Bradfield has been another person who has helped enormously and officiated to make the first session a great success’.

Arnie can be contacted on 07714 680 593 or by email at walking.football@sandbachu3a.org.uk  and there is more information on the Sandbach U3A website here