Well, it’s been the season of gigs and mellow fretfulness as far as the Uke group is concerned, with four public performances in December. The first concert to the members of Elworth Methodist Church served as a useful warmup for 3 further gigs, though it must be said that with 21 members turning out, the band came close to outnumbering the audience on this occasion. 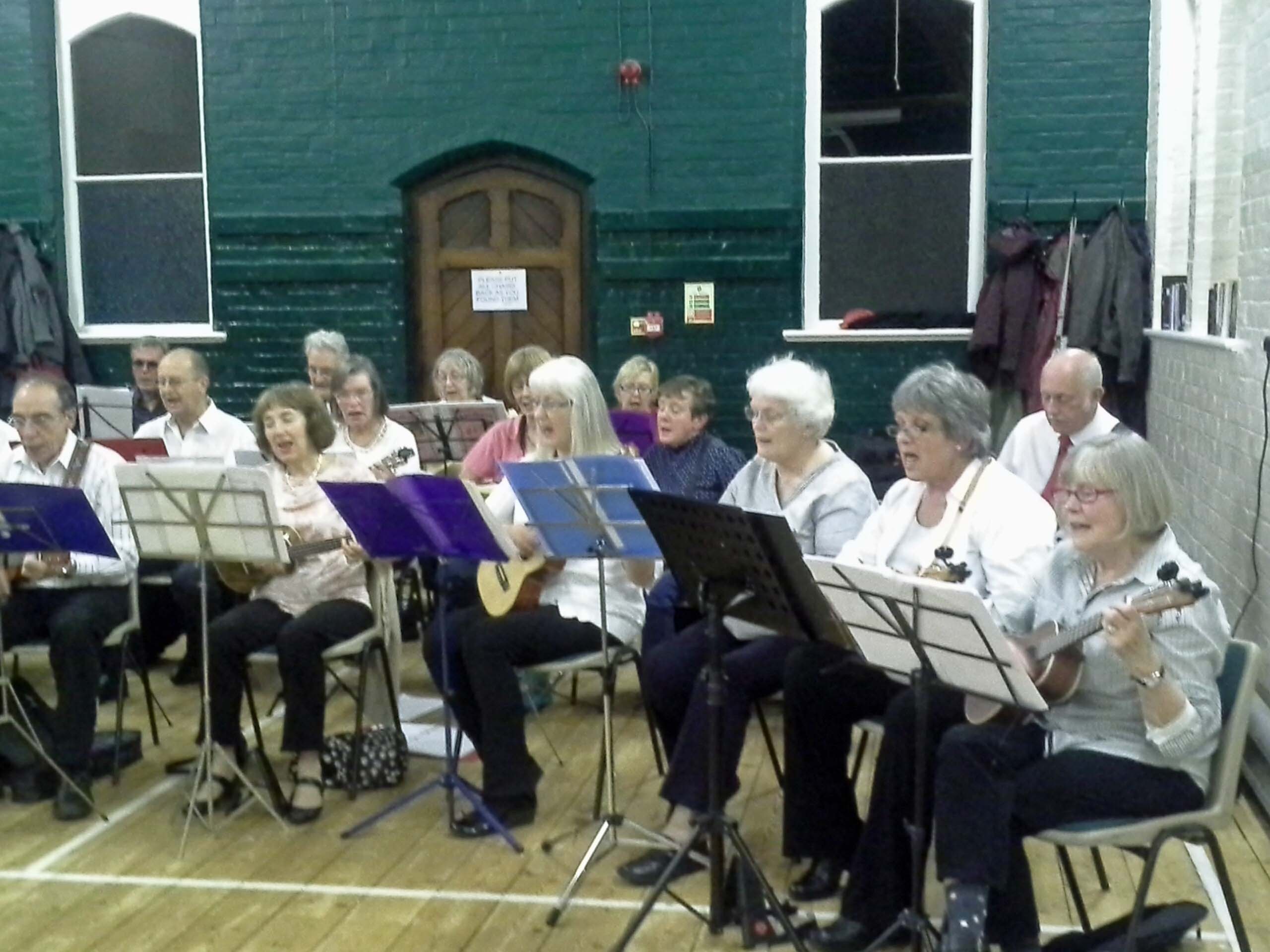 The next visit was to the Union Street Saturday Lunch Club. This is a self-funding club for disabled people, run by volunteers, and they were kind enough to invite us back for the third time. Here we were without our occasional bhodran player due to family illness, but one of our players stepped into the breach, unrehearsed, with tin tray and dish mop. We look forward to the publication of the Andy Bailey “Play a tray in a day” method. 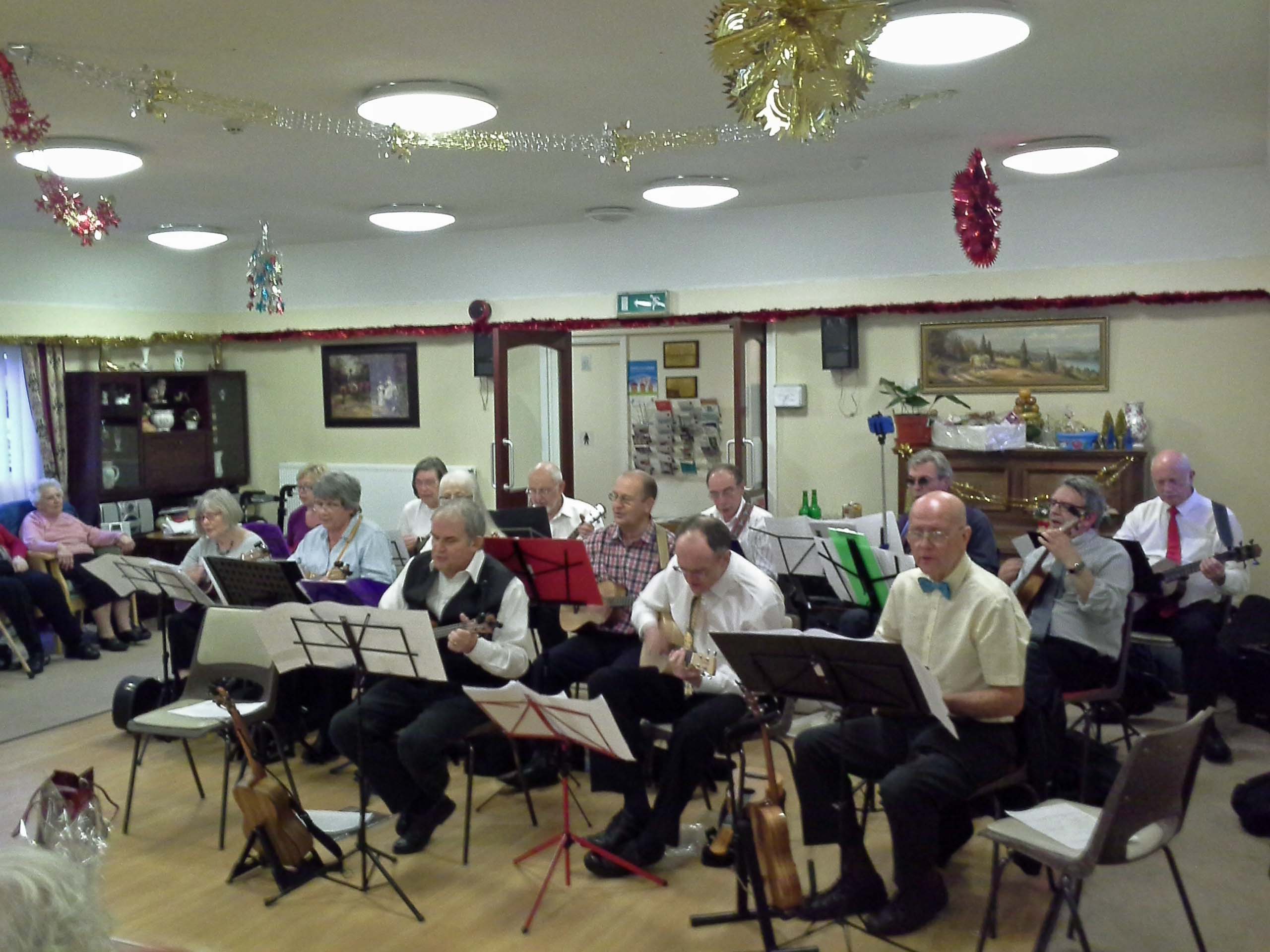 On the following day, Sandbach Music held a showpiece concert of their scholars at St. Mary’s, and as we sometimes use one of their rehearsal rooms, we were asked to close the show. Some of those talented kids are a hard act to follow….

The “tour” finished at the Alsager Civic Hall, where the Alsager Sequence Dance Club were having their Xmas lunch.

With the band now boasting the legendary Dave Barker on bass ukulele, the playlist was the usual mix of the well-known and the slightly obscure. Popular with the group (though not necessarily with the audience!) are Paloma Faith’s 2009 “Upside down”, “When somebody thinks you’re wonderful” (mostly known for the 1935 Fats Waller version) and “Don’t sit on my Jimmy Shands”, Richard Thompson’s respectful 1991 nod to the Scottish dance band accordion player. It turned out that one of the Alsager dance ladies had actually met Sir Jimmy in her youth and she remembered him, unusually for an entertainer, as a shy and retiring man who would only eat cheese sandwiches.
Our mentor Bryan Roberts insisted on teaching the audiences a little Hawaiian, prior to closing the shows with Mele Kalikimaka, an acknowledgement of the Hawaiian origins of the instrument. We look forward next year to a new set of songs. And maybe 5 nights at the M.E.N…..