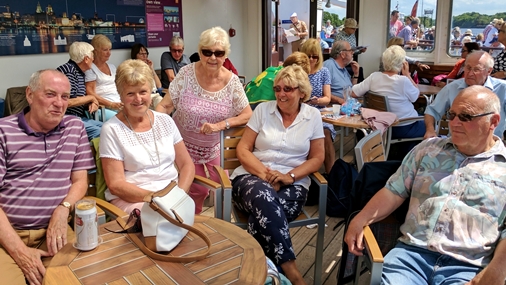 Two coaches took our party to Salford Quays where our cruise ship was waiting for us. As we left the Media City buildings behind us, we entered the first of the five locks we negotiated to drop 60 feet to the level of Liverpool. After the lock the canal scenery changed from new buildings and decaying dockside to a rural waterway lined by trees. The canal is a superb environment for birds and one of the birders on board counted 39 species. Herons are especially numerous but kingfishers flashed in front of the ship three times.
The canal incorporated any streams and rivers that were in its way and the Mersey actually comes in for a while before leaving on the other side. However it is not just a drainage ditch; big ships do still use the canal and more developments are planned to move containerised goods. An onboard guide gives information about the canal’s history and points out items of interest the ship passes. From her I learned that the medical officer for the canal construction project was Dr Robert Jones. Those of you who have had a new hip or knee in Oswestry hospital will recognise that the hospital there was named after him.
Anyone who intends to take the cruise should take warm clothing; the day was hot and sunny but, as the ship moved along, the temperature dropped and you need a warm top out on deck especially in the Mersey estuary.
One of the sights the guide pointed out was the new bridge being built between Runcorn and Widnes and we had a splendid view of it as the coach driver became a victim of the confusing new roads built in Runcorn to approach it. In spite of the U-turns in Runcorn, it was another super trip from Alice. Sadly the pictures below show none of the birds we saw except the Liver Bird. 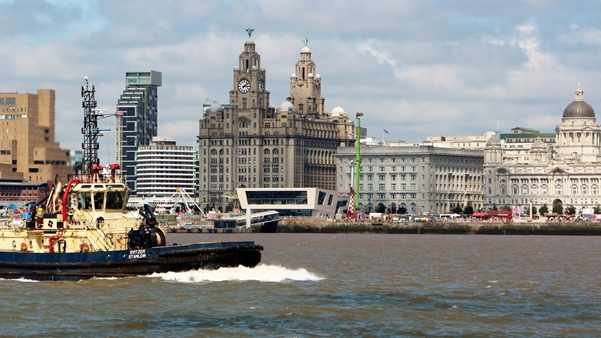 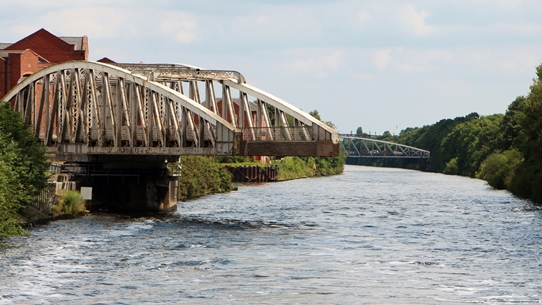