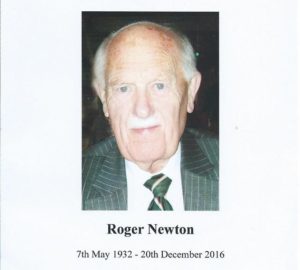 At the end of 2016 the “Poetry Together” group lost one of its members. Roger Newton died on 20th December. He was a loved, respected and honoured member of the group. Roger taught classics at Sandbach School and later at Kings School Macclesfield. When Kings School opened its doors to girls, he wrote the words for a new school hymn and with the Head of Music he went on to write several carols which are still sung in the school today.
From time to time, Roger introduced the group to a poem he had written and we felt very privileged to share these with him. He was a fine poet and his classics background lent a certain discipline to his poems.
The “Poetry Together” group would like to share the following poem, in memory of Roger, with the wider U3A membership. It appeared in “Poetry Now” in 2003.

Canticum Veris
In a streambed cows are lapping,
Water burbling over pebbles.
Constantly the ewes are calling,
Lambs grown heedless in their revels.

See the March hare races, flinging
Crystal droplets in a fine train;
After frantic bouts of boxing,
Back he skitters in his own rain.

Sap along the ash boughs driving,
Swells their buds to burst from black sheathes.
Breezes through the beech top breathing
Agitate its cloak of silk leaves.

Wings outstretched the drakes come dropping,
Down to waters where tall reeds grow;
There each mother bird is leading,
Ducklings in a downy arrow.

Everywhere gnarled thorns are blooming,
Over pastureland and fallow;
Harvest rich for bees and spreading,
Hedges with a sheet of fresh snow.

Now through weeds the trout glides weaving;
Or on bars of shingle dallies;
Then above the surface leaping,
Takes his toll of short-lived mayflies.

Year by year, when daylight lengthens,
So we daily find more reason
And the age-old yearning strengthens
To extol youth’s golden season.