Do you know about Brook Wood ?

On 12th April at 2.0pm Brook Wood will be formally opened.

The Environmental Action Group has played a crucial role in the transformation of this woodland, turning it into a valuable local recreational area.  Our local MP, Fiona Bruce, will lead the ceremony, our Mayor, Cllr Mike Benson, will also be a guest.

If you don’t know about this attractive little walk you should make an effort to visit it and feel proud of the U3A involvement in this community effort which is ongoing.  Access can be gained from the roundabout down the hill from Homebase, from a gate off the grassed area to the left as you enter Mill Pool Way (The Morris Homes estate), through the play area in Newall Avenue and from Town Fields, where there is car parking available.  There are signs at most entrances to the wood.

In 2010 Brook Wood was a neglected, inaccessible and rubbish-filled eyesore, hardly used by anyone and unknown to most of the residents of Sandbach.  It has now been totally transformed.  Good quality woodland trails have been laid down, rubbish removed, much undergrowth has been cleared and trees have been planted.  The U3A Environmental Action group has worked with The Sandbach Woodland and Wildlife Group and other local groups and residents to help make this happen.

The U3A Environmental Action Group was started in September 2009 with the objective of doing practical work to improve the external environment in which we live.  Since then it has undertaken some remarkable projects for the wider benefit of everyone in Sandbach who appreciates woodland and wildlife.  It has never had more than nine members, currently there are eight.  Possibly their greatest achievement however has been to help turn Brook Wood into a significant public resource and an asset to the town

The group meets on the 4th Monday of every month and if you are interested in getting involved please get in touch with Dick Macaulay (d.macaulay@talk21.com).

The photographs shown below were taken by Roger Foden. 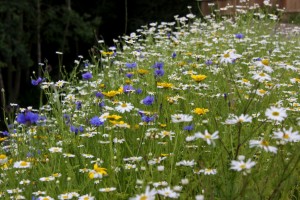 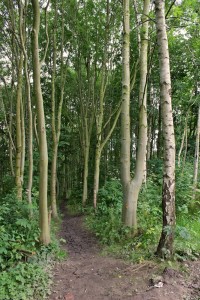